Last winter I was creeping around on Pinterest and came across a staff motivation Pin by Emily Hansen over at Hanselor the Counselor. She had the brilliant idea of creating a “Wow Book” for staff to praise and motivate each other, then pass along.

I recreated her idea, and tried it out this summer with my camp team. It was a hit!
Here’s how it went and what I found out along the way.

I bought an inexpensive spiral notebook and wrote “WOW!” on the front. 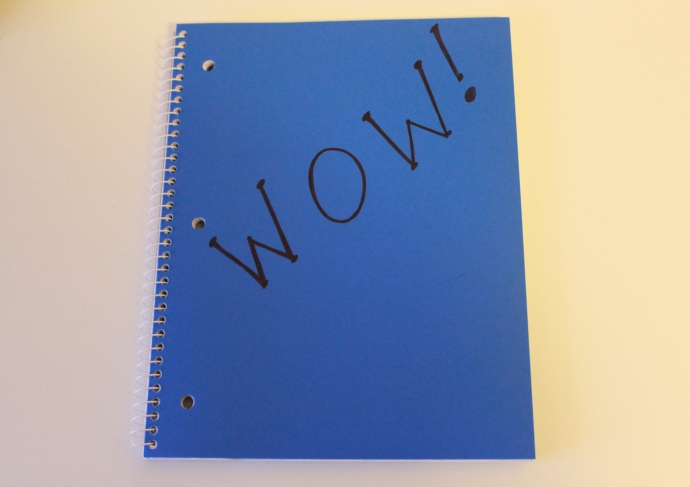 I wrote the instructions on the inside cover.

Then at a meeting I mentioned that the book might come around, told them where they could find the instructions and asked them to make sure they read them before using the book.

When you receive this notebook read the wonderful message that someone wrote for you. Then write a note to another staff member to encourage, give a boost, or just to say how much they are appreciated.
It can be as short or as long as you like.
Remember: At the bottom of the note write, “Don’t forget to pass it on…”

Let’s celebrate the small victories because sometimes they’re the most important ones.

I wrote the first entry, not only writing some nice words to an amazing staff member who deserved to be recognized, but also ensuring that the book would be passed on because it was someone I knew I could rely on to keep it going.

After that it was all them. Every now and then during cabin inspection the ACD and I would catch a glimpse of the book in one of the counsellor rooms so we knew is was being passed around. A few times we flipped through it and skimmed the notes, there were some really lovely, encouraging words, and it was obvious that the staff were really putting some thought into what they were writing. 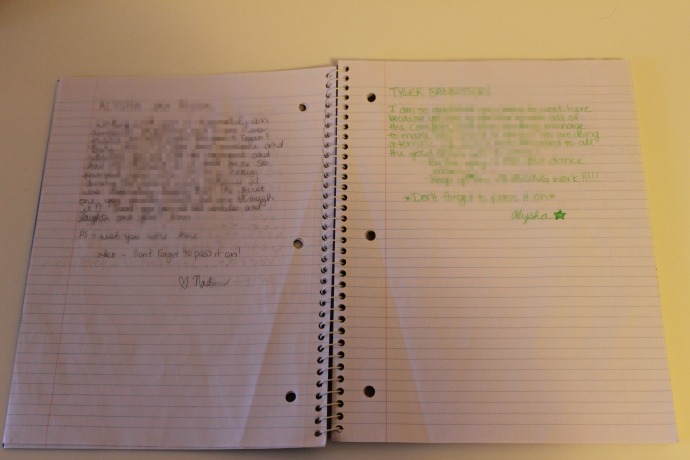 Obviously I had to blur out the actual entries, it felt rude to post someone else’s note.

And, because they’re camp staff there were of course some little doodles and drawings, colourful entries (in terms of actual colour, not language! ha!) and lots of creativity. 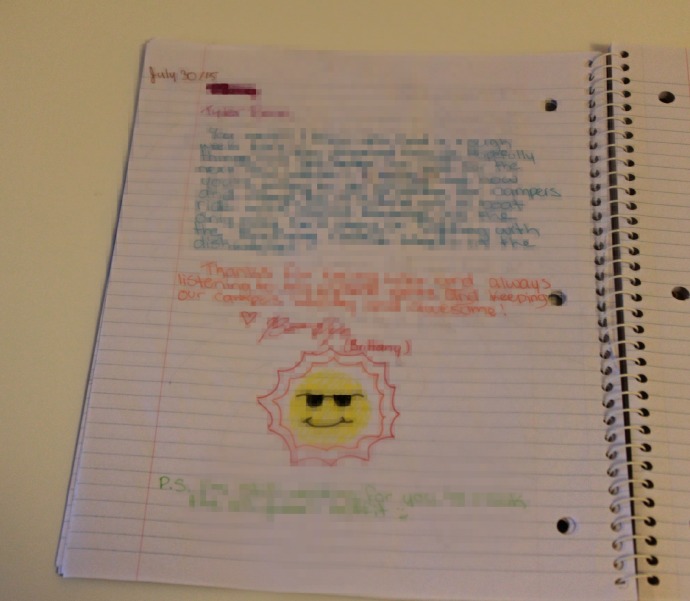 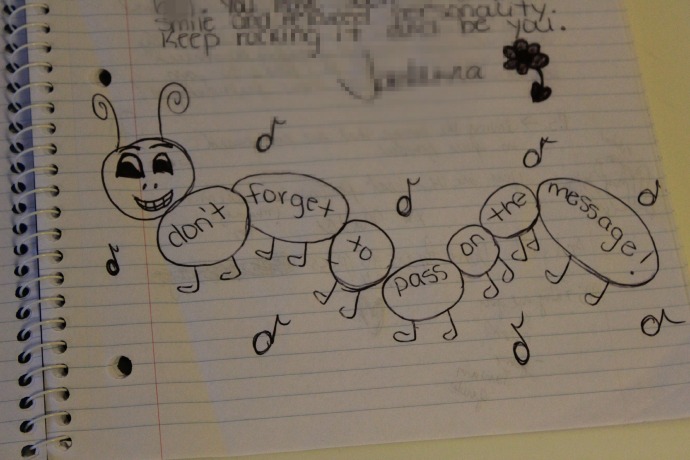 Some things I noticed and tips I learned that will come in handy next time.

All in all, I’d call the Wow Book a great success!

I really like giving the staff quick/ easy/ thoughtful ways of supporting and encouraging each other, I believe it makes them better counsellors and support staff and it creates a really nice environment where they’re modelling kindness for their campers too.

AND I really like that people can flip though the book and read the nice notes people are reading to each other – maybe they’ll start to notice some positive things about a colleague they’ve been struggling to get along with. Where the Shout Out Wall is just a quick… well, shout out, and Warm Fuzzies are private (ahem, if done properly they are!! ) the wow book allows people to take an extra minute and go into a little bit of detail about why they are so “wowed” by someone. Then everyone else gets to be wowed by them too!! Win, win, win, win, win!!

Big thanks to Emily at Hanselor the Counselor for her awesome idea. She’s an elementary school counselor but a lot of her ideas and resources can be translated to work for camp too. Make sure you check out her blog, it has polka dots! FUN!!

So what sort of things do you to do express gratitude and encourage your staff?
Have you done something like a Wow Book at your camp? How did it go?

I’m always looking for new ways to keep spirits up, so tell me your all about your brilliant staff motivation ideas in the comment section, and don’t for get to follow me on FB, Twitter, and Instagram.

Join me on Goodreads

A Blast From The Past – The Archives

Look for posts in specific categories